As reported by Italian press, the Copernicani NPO supports the non-for-profit efforts of a wide group of international volunteers to develop technologies helping and supporting practitioners in their fight against COVID-19.

Volunteers are private individuals, professionals, students and people connected or belonging to supporting institutions and private companies who joined pro bono the endeavour.

Mamacrowd, the highly reputable and leading crowdfunding platform in Italy has launched a fundraising campaign to support those volunteers who are economically penalized while devoting their time to this effort. All funds raised are going to flow in the participating volunteer accounts directly from Mamacrowd, with no go between passage and complete accountability.

(UPDATE: As clearly stated in the fundraising page, no money would have been collected if the project had not been selected by the Italian Government. Out of 319 projects submitted in response to the Gov’s call, our project was one of the two selected by the evaluation task force for an on-field benchmark and testing phase. Such phase has not taken place and, as today, an ordinance has been emitted in favour of the other selected project. Absent any  communication by the Government, on Apr. 17th we have decided to close the fundraising campaign without collecting any money).

The overall project, called Safe Together, is an ecosystem of independent software components and support services to provide the operators in charge with a set of tools to help tackle phase 2 of the epidemic emergency. The volunteers are divided into sub-projects teams and in coordination with each other.

We are aware that authorities are requiring direct control of the platforms they deploy and they want to run them from infrastructure under their control, often inside their borders, therefore our approach is focused on the definition of a set of protocols, the implementation of the supporting backends and the provision of a reference implementation of the user facing clients.

Some components are ready to be used, others are under development. Those interested in providing their input or support the initiative can send an email. The committee draft is located here.

The tracing component is called Coronavirus Outbreak Control. The high level description (in Italian) can be found here, the repository is here . The system is provided to national health authorities for free and with an open source licence. Some portions are presently retained and will be released after the reviews by two governments are finalized. (The system is presently under due diligence in Italy, Brazil, Canada, and with discussions starting with other states).

The system is absolutely compliant with strict EU privacy rules (it has been presented to EU institutions).

Our approach offers some features that, to the extent of our present knowledge, appear unique:

(*) Normally, after Alice is PCR tested, some time lapses before results arrive. In that timeframe Bob, who has been infected by Alice becomes contagious and can thus infect Carlos, a second degree contact of Alice.

(**) During our interactions with some governments and Europe, we have learned that states want to deploy their servers locally, so we built a protocol to allow for interoperability of international contact tracking.

Prof. Sarah Spiekermann, chair of the the Institute for Information Systems & Society of the Austrian University of Vienna’s has released a comprehensive features benchmark of privacy friendly Coronavirus tools , also twitted by the German Federal Government’s Foundation for Data Protection (Stiftung Datenschutz).

This is an excerpt of the detailed comparison spreadsheet: 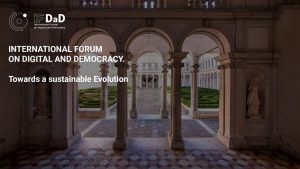